Providing Therapy Through Seminars and Publications

Our favorite thing in the world is connecting with people and making them laugh… many times through their tears!
We go right to the heart of what we’re all thinking and feeling and trying to hide.
We lift the veil on unspoken feelings and taboo subjects. We believe the only way to heal is to haul everything out into the sunlight. Trust us, once it’s out there, it’s never as scary as you think. 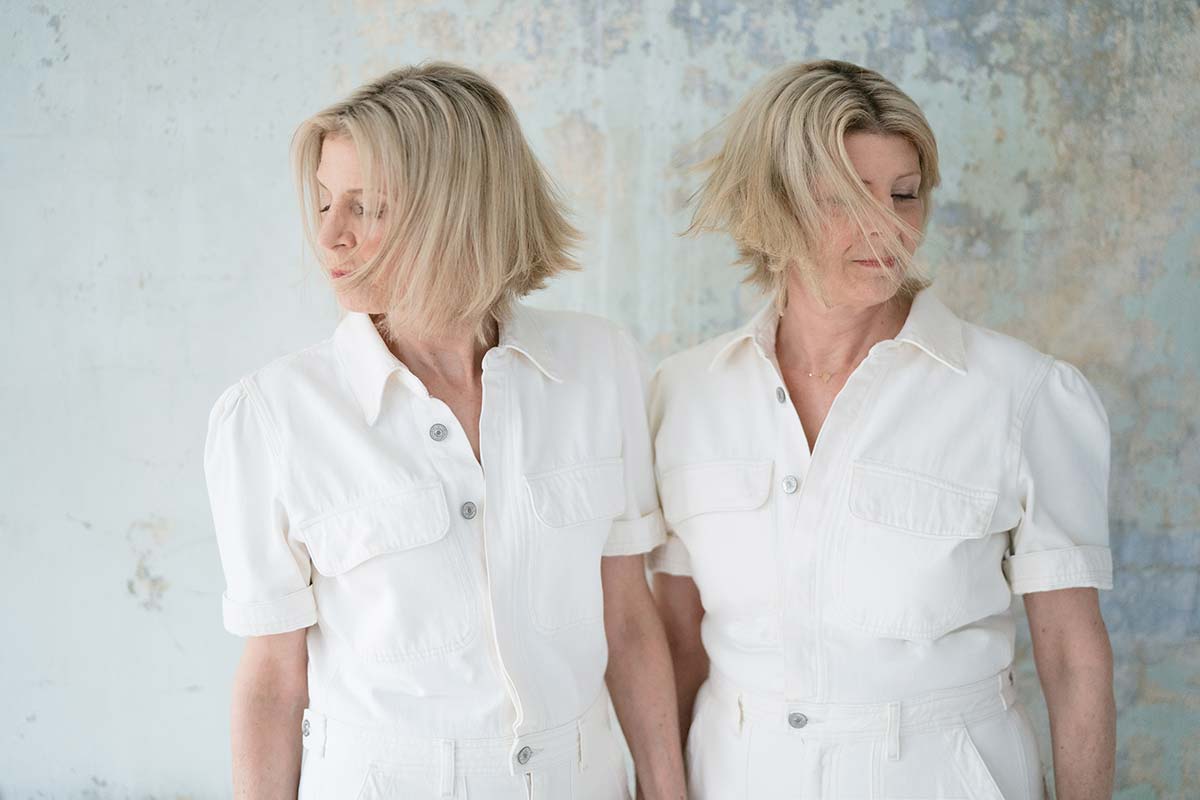 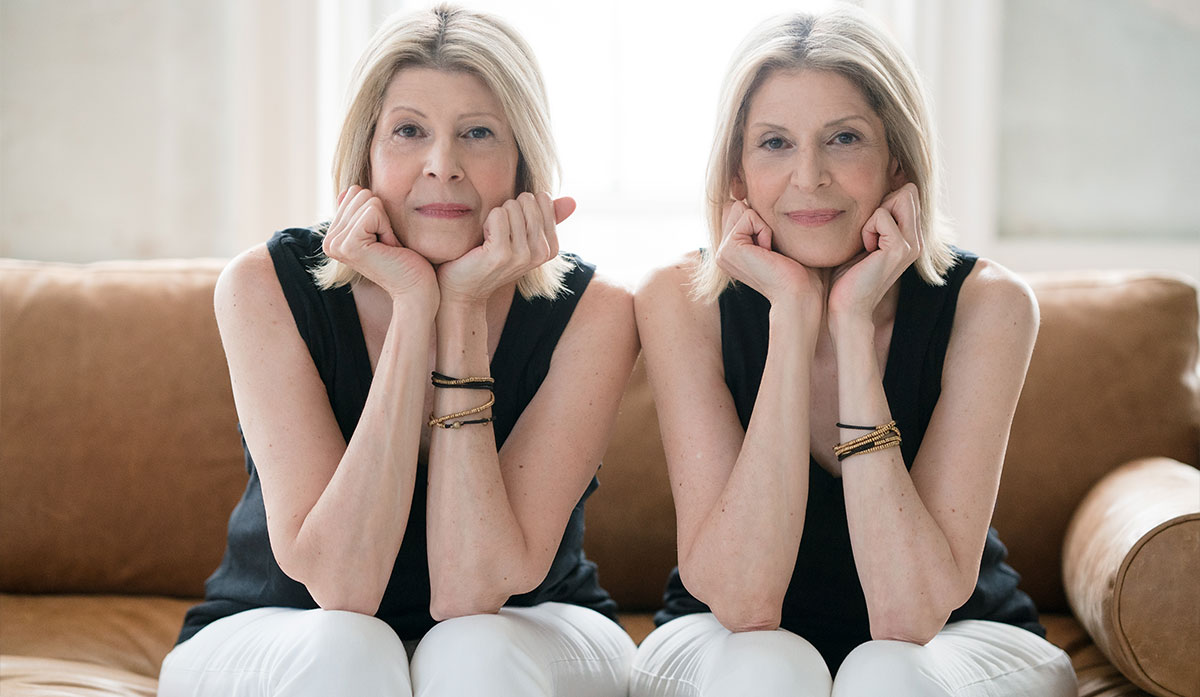 Objects in the Mirror Are Closer Than You Think

You think you’re sailing through life, but the tiger is biting at your heels. The trauma you experienced, whatever it may be, is still with you, and closer than you think. You’ve got to turn around and face your worst memories so that you can see your trauma for what it really is. And then make sense of it, make peace with it, and let go.

The family used to call Joan “The Viper”.

Joan had been the victim of physical and sexual assault in her early years and had never faced the trauma of that violence. She let it smolder under the surface, over time turning her into someone so mean-spirited, so vicious, that she lashed out at everyone around her, particularly her family. Jane once told Joan:

“I’d rather be physically assaulted than be assaulted by your words.”

In response, Joan nearly got a baseball bat from a corner of the room to prove her wrong.

Joan and Jane moved past all this once Joan was ready to look at her trauma head-on, and see what was hiding underneath it—the fear, shame, horror, and even guilt. She had to recognize how all of this had shaped her personality, emotions, mindset, and actions. It had shadowed her entire life. Joan said:

“I was the victim, but after my victimhood stopped, I became the bully.”

Objects were closer than she realized. She never went back and dealt with the trauma she endured at a young age. Her suicidal thoughts became more and more vivid, so much that they really frightened her and she decided to get help. She faced the tiger, and Jane helped her do it by viewing her sister through compassionate eyes, even when she was at her most difficult. Jane said:

“I didn’t think she loved me, but I knew she trusted me. She knew I wouldn’t walk away.”

Joan and Jane recount this story through laughs and tears and share the nuggets of wisdom and insight they learned from Joan’s transformation from The Viper into who she is today.

Make Your Life a Movie Worth Watching

You can change your entire life by telling your own story differently and better. You are the leading character in the movie of your life. Sometimes you can’t control what happens to you, but you can always control how you react and respond in any situation. The lines you say are the ones you’re writing yourself. So make them good. 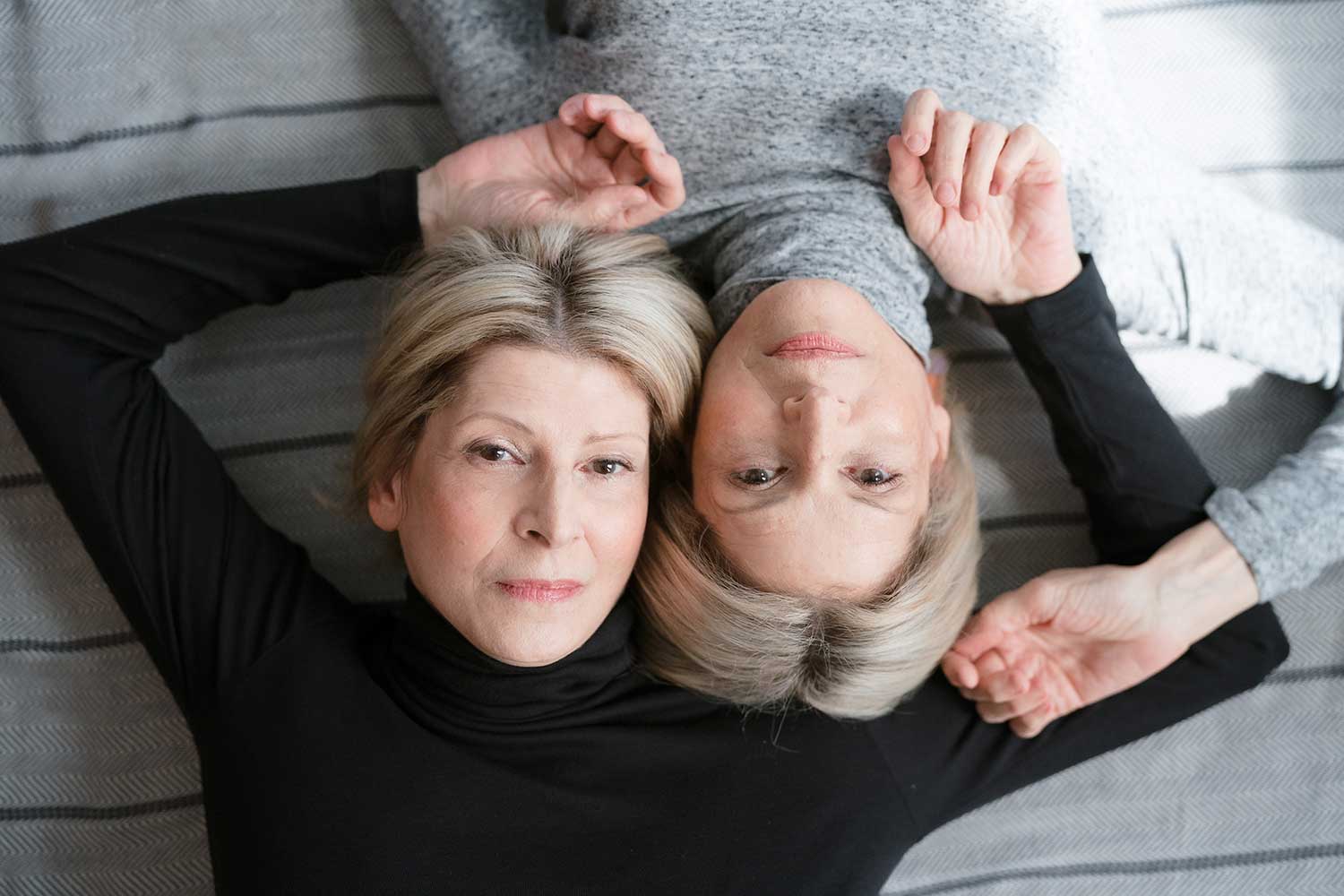 Jane never wanted to be the main character of her own movie.

She thought she was boring, uninteresting, unattractive, and not nearly as exciting or fun as she wanted to be. She passive-aggressively blamed Joan, and eventually everyone else, for the dreariness of her life. She never saw the good in herself, so it was impossible for her to see it in others. Jane says:

“My theme was everyone liked Joan, and no one liked me.”

At birth, Jane and Joan were in incubators for 30 days. After the first two weeks, Jane was healthy enough to go home…but no one sent her home. They put her off to the side and cared for her still recovering sister. This began what would be decades of Jane thinking no one liked her, no one took care of her, no one was interested in her.

The dissociation ran deep and even in late adulthood she could easily drift away, into other realms, as a way of protecting herself against what she perceived was relentless rejection. When she extended her self-loathing to hating everyone in her life, she realized she needed to get help to heal her anger. (Or at least stop yelling.)

Jane went through years of looking beyond herself to feel safe, secure, and above all — seen. Whether by spending large sums of money on frivolous things, indulging in too much wine and too many cigarettes, or looking for love or friendship in all the wrong places, she sought validation and looked for soothing outside herself. Her mother once told Jane:

“I always thought you could take care of yourself.”

First and foremost, Jane had to heal not only her anger but her deep soul sadness. She nurtured her spirituality, and when her son was born, he (and a male cat who had made his way into Jane’s life) ignited her love of men again.

And then, her father descended into dementia and (probably inadvertently) validated many of Jane’s accomplishments. And then just like that, when she received it—finally, after all these years—she realized she didn’t need it.

It’s not that I wanted an apology. I just wanted peace.

In this talk, Joan and Jane tell their stories of self-doubt, insecurity, and sadness that, when left unattended, can whip itself into frothy anger. It all started with their shared birth as twins. Jane unpacks her biggest revelation that life is a movie, and we need to love and care deeply about the main character to make it worth watching. 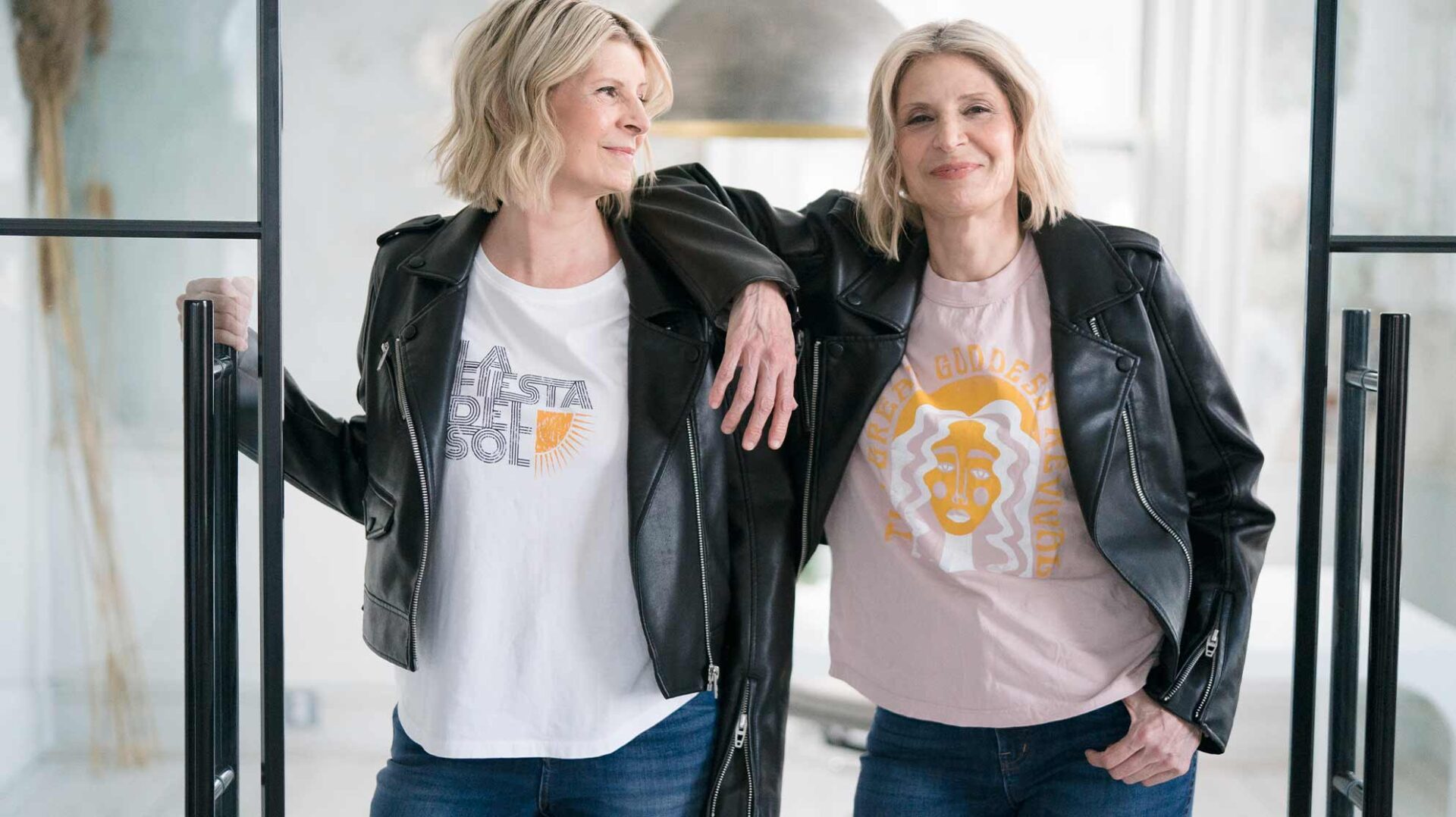 Whenever you resist forgiving someone (and that includes yourself) you’re nothing but a prisoner. And Joan and Jane feel like they’ve each had life sentences.

They have had to let go of bitterness and resentment and replace those toxic emotions with focusing on whatever it is they gained from the experiences they’ve had. When you move past anger, into forgiveness, you gather resilience and grace in your wake. You expand your capacity for compassion.

The first step is to open the door. Free yourself from the jail cell of anger.

It’s true for everyone, that tolerance goes right out the window sometimes. But here’s what Joan and Jane know for sure: The motivation behind our behaviors is so important—it shapes everything we think, say, feel and do—so it is absolutely critical to make sure your motivation is fueled by love, compassion, and tolerance.

Joan and Jane were each married and today they are on excellent terms with their ex-husbands, a feat very few women can say they’ve achieved. They were able to get to this place because both women realized they had to take responsibility for their actions and their wounds, and not simply point the finger at their partners.

We like to pull the wisdom out of each situation. Otherwise, you will just repeat the same pattern, over and over.

Jane was once so mad at her ex-husband, and was complaining so loudly to a coworker, that the coworker said: “Wow, you really hate him don’t you?” But no, Jane said. “I did not and do not. I just wanted a good marriage. And I did not have one, so I blamed him.” It was a wake-up call that repeating old patterns just puts you in an ever-deepening rut.

Joan was not mad at her husband, but she was mad at everyone around her who was striving for marriage, children, a sedan. “I wouldn’t even buy a sedan!” she says. And then she had two breast cancer scares. Those events became the catalyst for Joan lifting her head and realizing she had no friends, and even her family was avoiding her.

I realized the only one who needed to change was me.

In this talk, Jane and Joan unpack their journey out of anger and into forgiveness. They used many healing modalities—positive affirmations, self-help gurus, intuitives, meditation—as well as traditional therapies and self reflection to quell their flames!

“One of my girlfriends once said to me, ‘Have you ever considered being grateful for what you have instead of complaining about what you don’t have?’ I almost threw her off the balcony.” 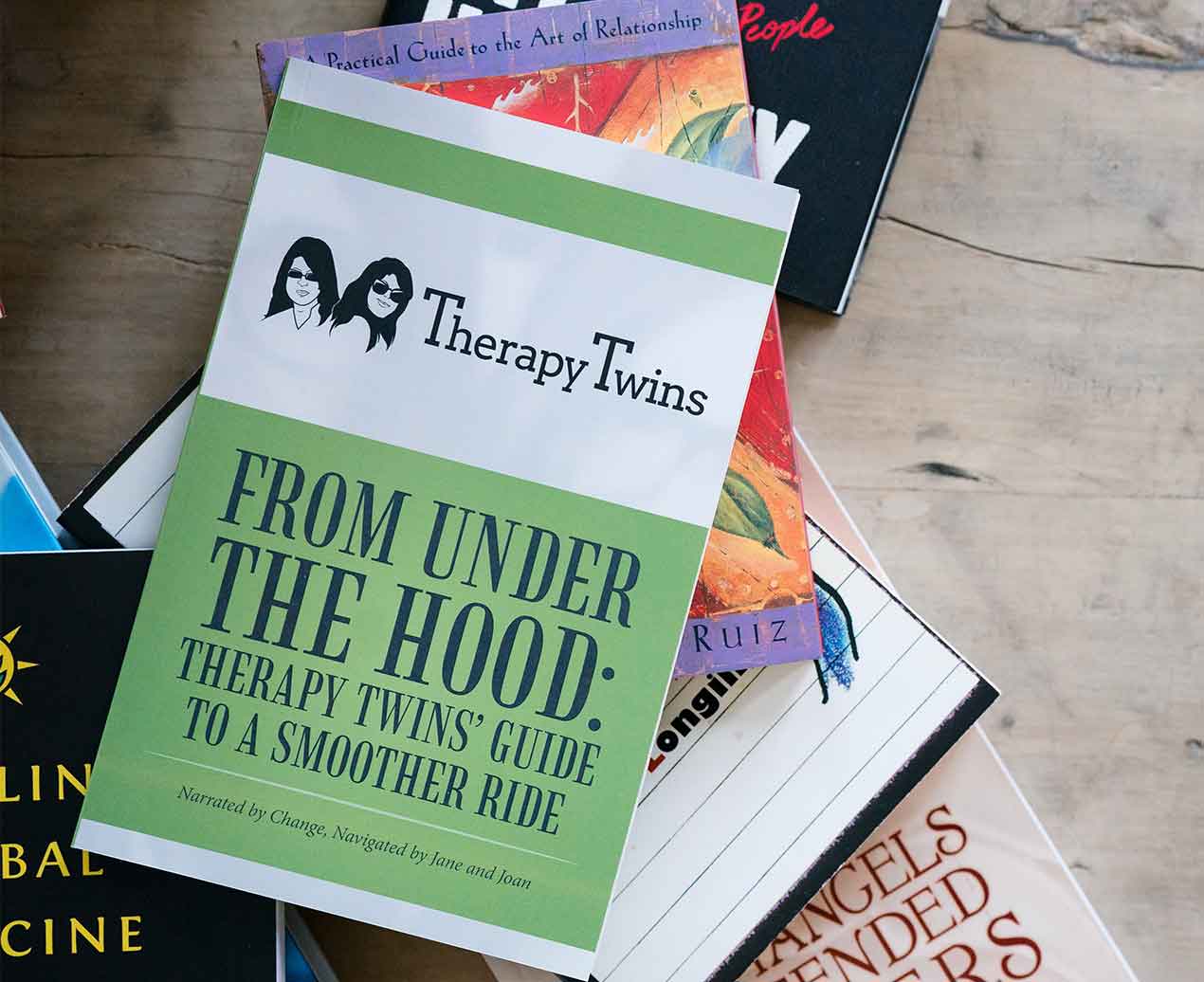 From Under the Hood: Therapy Twins’ Guide to a Smoother Ride

A survivor’s guide, in cliff notes. Joan and Jane—the Therapy Twins—look “under the hood” to uncover a lifetime worth of trauma, drama, laughter, and healing, as they navigate the world with a bond that only twins can know. They share their nuggets of hard-won wisdom on every page, to help us all find a smoother ride. 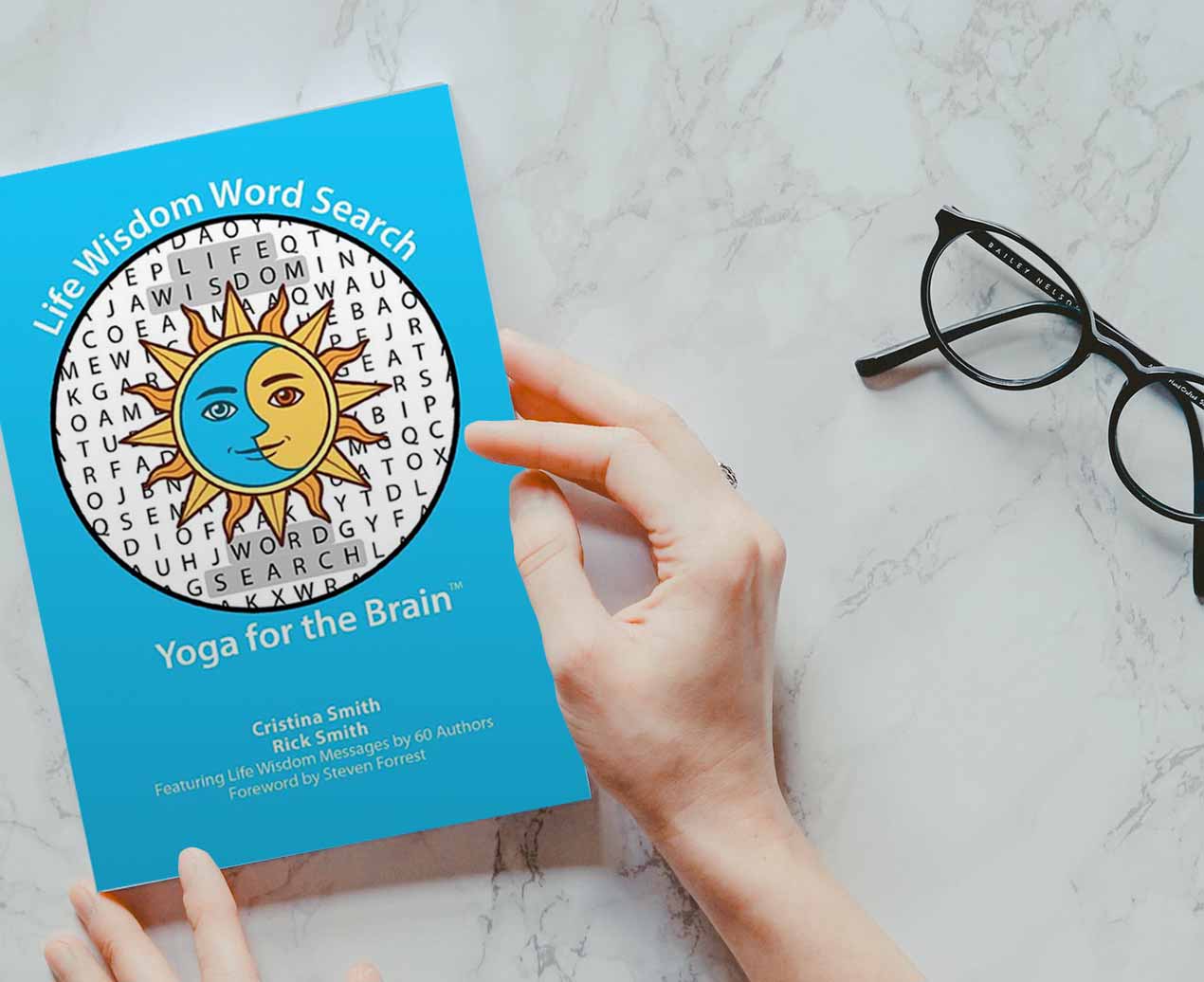 Boosting health and happiness through positive play. This best-selling book is full of tips for how to sharpen your mind while you expand your joy. Joan and Jane are contributing authors to this beautiful guide on letting your heart lead your brain toward happiness.